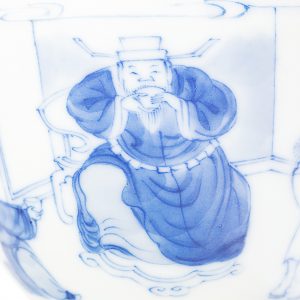 Have you ever heard of Baijiu (also known as Shaojiu)? Do you know what it is? (Baijiu FAQs) Or are you aware of just how popular it is as an alcohol based drink? Because Baijiu is the world’s most consumed spirit, more than gin, rum, tequila, even vodka and whisky! To give you an idea, vodka consumption accounted for around 19% of market share for spirits, whisky at 11%. But Baijiu was 31%, comfortably the biggest spirit with leading brands such as Wuliangye, Luzhou Laojiao and Moutai comfortably selling more than very well-known brands like Jack Daniels, Grey Goose, Jim Beam or Smirnoff. So to understand more about Baijiu, it’s fascinating to discover just how long it’s been around for.

The invention of alcohol predates recorded history in China, going as far back as possibly 7000BC. In 1983, archaeologists unearthed artefacts from the Jiagu civilisation (7000-5800BC) in China’s north-western Henan Province. Pottery analysis revealed trace residue of an alcohol made from grapes, honey, hawthorn fruit and rice. It is one of the oldest known findings of alcohol distillation and it is also one of the earliest known instances of rice cultivation for human consumption.

There are two early legends, showing how woven the drink is with Chinese culture and history. The first is the legend of Yi Di, a consort of Yu the Great (Xia Dynasty 2070-1600BC) was asked to create a new type of wine or liquor. The king liked the result and decided from that day forward, everyone should be able to enjoy this drink.

The second legend is around Du Kang (Zhou Dynasty 1046-256BC), an exile who lived in the forest. The story describes how Du Kang hid some sorghum in a tree. A few weeks later when visiting to collect it, Du Kang noticed a sweet, fragrant smell coming from the tree. The sorghum had mixed with rainwater, fermenting and transforming into a spirit. Baijiu was then accidentally created. Du Kang’s name is still used to this day to describe an amazing Baijiu.

There are inscriptions mentioning a drink called li during the Shang Dynasty (1600-1046BC) too, which scholars have attributed to be a drink similar to or actually, beer. However, during the Han Dynasty (206BC-220AD), methods for actually distilling alcohol became pronounced and widely used. In the Tang Dynasty (618-907AD), Li Bai the poet mentions a spirit called Shaojiu and a Song Dynasty text from 982AD describes a distillation method that resembles modern day Baijiu, involving wheat and barley. It was during the Yuan Dynasty (1271-1368AD) that Baijiu began to spread and be popular amongst farmers and workers.

The ancient drink of Huangjiu (undistilled yellow wine) was already around for thousands of years but it was favoured more by the aristocracy and as a wine was less strong than the distilled spirit Baijiu. During the Yuan Dynasty, the process of extracting the essence of Huangjiu was perfected and the potent, burnt wine really became known properly as Baijiu around this time. Baijiu began to spread and be popular amongst farmers and workers but it also began to spread throughout China widely and took on different variations. In the South-East of China, rice spirits became popular while throughout the rest of the country, Chinese sorghum was the grain of choice although all Baijiu contains Qu, a composite of yeast and mold. Qu is used incredibly widely, in the production of rice wine, spirits, soy sauce, vinegar and bean paste. Almost every village had its own Baijiu recipe and method, which in some ways is similar to the many variations of Scotch Whiskey and with the growing popularity of real ales today. Techniques for Baijiu were passed down through generations.

As China continued to modernize, in 1915 the government sent a delegation to the Panama-Pacific International Exposition in San Francisco. Xinghuacan and Moutai (a brand name nowadays) received awards of distinction and a better understanding of how alcohol operated overseas. But it wasn’t until 1949 when the People’s Republic of China was born that Baijiu was elevated further to become the Republic’s favourite drink. The state began to modernize the industry, setting up regional distilleries across China and the techniques used to make the drink were written down and put into a format that could be followed correctly. The many styles of Baijiu now began to have clear distinction from each other as production and quality standards rose as well as Baijiu brands becoming better known. Moutai became a regular attendee of state dinners in the 1950’s, hosted by premier Zhou Enlai. This prestige in many ways helped Baijiu become the more prestigious drink instead of the traditional Huangjiu.

After the ‘Reform and Opening economic policies of the 1970’s under Chairman Deng Xiaoping’s premiership, the Baijiu industry has grown enormously. Today it is estimated around 13.6bn litres were produced in 2016 alone and as alcohol is also the gift of choice, its popularity continues. Nowadays there are many different ‘aromas’ of Baijiu but the main ones are:

• Sauce aroma – pungent, strong, made in stone-lined pits with mash used up to 8 times. Moutai is one
• Strong aroma – very strong but also with notes of green apple and fruits. Mash can be re-used indefinitely, making some strong aromas’ fermentation centuries old!
• Light aroma – less intense with more of a chamomile essence and slight savoury finish
• Rice aroma – fermented in jars, rather than pits, originated in South-Eastern China. Rice is added to the Qu then water is added after the sugar is released

Baijiu today can start at the same price as beer all the way up to nearly $4000 for the superior grade Wuliangye. It may be that the rest of the world begins to discover Baijiu more and understands its significance in Chinese history and culture, over a tradition that spans more than 7 thousand years. Ganbei!