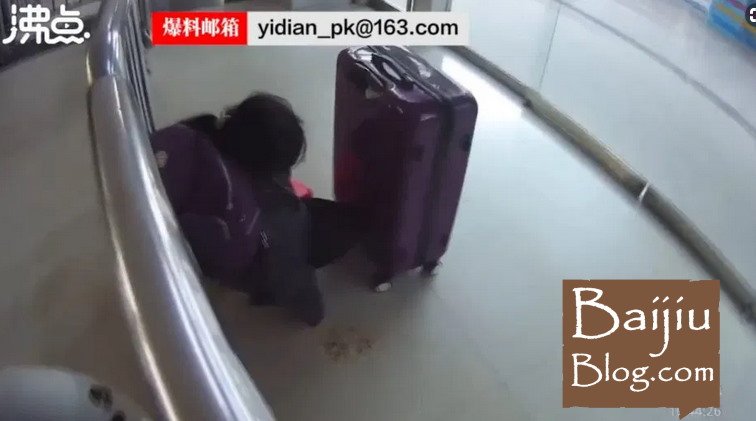 Another traveler was faced with a tough decision at a train station in China after a security check found her bottle of baijiu.

The woman, like many others in the past, decided to drink the bottle of liquor instead of letting it get thrown away. Then smiling walked past security at the railway station in the Hunan city of Huaihai on Wednesday.

However, she never quit made it to the train, for she collapsed in a drunken stupor. “I can’t get on the train” she slurred to an attendant who went to her aid.

When the attendant explains that she wont be getting on the train, she accuses the the railway worker of cheating her.

She ended up being sent to the hospital for treatment and is reportedly doing fine.

At a railway station in Henan province earlier this week, a man similarly necked the remainder of a bottle of baijiu after being stopped by security. He then managed to board the train without further incident. Though very few have managed this feat