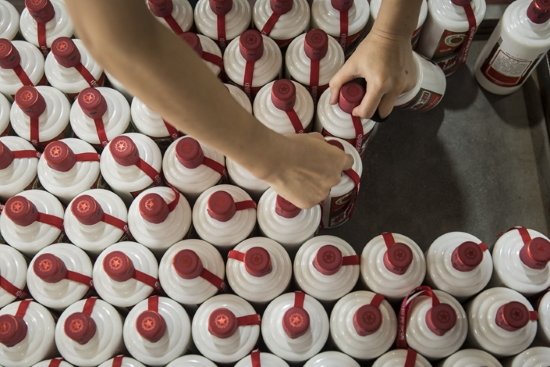 Acts of corruption of those in positions of power are always concerning. A television documentary recently broadcast on China Central Television has recently exposed such misbehavior, including a banker hoarding cash in a secret vault.

Not all corruption involves direct financial incentives, however. In an act that hurts us to the very core of our souls, the latest episode exposed a government official pouring precious baijiu down a drain. This action is always objectionable, but when we consider that this was antique Moutai, it’s even more troubling.

Moutai is often described as China’s national liquor. As we know, baijiu plays a prominent role in social and business functions in the country, including affairs of state diplomacy. Cases of baijiu are served at formal banquets, and often presented to foreign dignitaries as gifts. This means that Moutai is often regarded as a collectible item. Sadly, where there is rarity there is money to be made – and where there is money to be made, people will act inappropriately.

So it was in the case of Wang Xiaoguang. Xiaoguang held the position of vice governor in Guizhou, home of Moutai baijiu. Renowned as a collector of the liquor, Xiaoguang’s cellar was the envy of many. He possessed countless aged bottles, which will have appealed and tantalised baijiu enthusiasts. Aged Moutai holds a similar reputation in China as a decades-old fine wine in the west. A common belief is that baijiu improves in taste with age, and many bottles of Moutai are released in small, limited quantities. A rare bottle can reach as much as 300,000 yuan (around £35,000) at auction.

The documentary suggests that Xiaoguang received – and hoarded – bottles of Moutai, accepting rare vintages as bribes. This has led to a 20-year prison sentence for the disgraced politician, who was claimed to have accepted bribes, both in forms of alcohol and cash, to the tune to 50 million yuan. That’s over £5m. What’s more, Xiaoguang is claimed to have made a further 162m yuan (around 18m) through insider trading, using confidential information gained by his time in office.

20 years in prison may seem like a fair punishment for such crimes, but honestly, when we look at the way this rare Moutai was treated, it could have been longer! Over 4,000 bottles of liquor were found in a private storeroom in Xiaoguang’s private residence. It is believed that Xiaoguang suspected that an investigation was coming, however. As a result, he removed labels and hid some of his stock in unmarked bottles. Eventually, he poured extremely rare Moutai down the drain to destroy evidence.

How did all this come to pass? Well, it has been revealed that Xiaoguang enjoyed a close, personal relationship with Yuan Renguo. Renguo formerly held the title of chairman at Kweichow Moutai Co. Ltd, the state-owned official Moutai production distillery, until he was arrested for corruption in 2018. Renguo and Xiaoguang struck a private deal under the table. Xiaoguang purchased Moutai distribution licenses for an upfront price of around 20m million yuan (£2.5m) in exchange for governmental favours.

Now, you may be thinking that Xiaoguang should have driven a harder bargain. £2.5m and governmental favors, just for the right to sell some liquor? Well, we have to remember how rare – and valuable – Moutai can be. Xiaoguang trebled his outlay over the course of seven years, selling Moutai to customers and collectors for more than twice its production cost.

Renguo was arrested soon after the investigation into Xiaoguang began, and the hidden stash of Moutai in his home was discovered. Following his arrest – along with other senior figures within Kweichow Moutai Co. – the distillery was placed under new management. Naturally, steps are also being taken to ensure this corruption will not continue.

This may seem a little unusual to a western audience. After all, we tend not to hear of a corrupt politician accepting crates of Pol Roger champagne in exchange for favours. The truth is though, Moutai-related corruption is a problem throughout China. Another senior politician, Bai Xiangqun, embezzled some 900 000 yuan (£100,000) from the public purse to invest in Moutai. The intention was to stockpile enough of the liquor to fund a comfortable retirement. Sentenced to sixteen years in prison, Xiangqun will instead spend his golden years in prison.

At the time of writing, almost 300 individuals are under investigation for suspected Moutai-related corruption. In addition, some 500 retailers have had their license to sell the product revoked. The illegal activity surrounding Moutai is comparable to prohibition-era bootlegging in the United States.

Now, however, China has their very own team of Elliot Ness-alikes to take down the country’s aspiring Al Capones. Let’s just hope nothing else is poured down the drain, though? That kind of waste of precious baijiu is truly criminal.