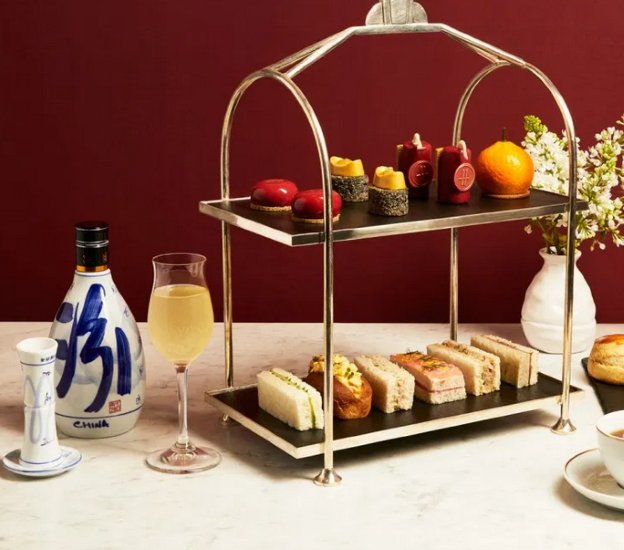 Baijiu may be yet to make real inroads into the western world, but Harrods is a British institution. Fenjiu, the baijiu producer distillery in Shanxi, appear to be fully aware of this. This is why they have teamed with Harrods for a month-long campaign. To celebrate Chinese New Year, the distillery and department store have teamed up to offer afternoon tea – Chinese-style.

Now, don’t panic. We are not playing fast and loose with the terminology ‘afternoon tea’ here. Tea is indeed served, alongside traditional Chinese snacks to nibble on. These include The Mandarin (mahjong blocks that contain Mandarin-flavoured mousse as a compote centre) and Mahjong (gunpowder tea that contains a lime-based ganache.)

Naturally, though, baijiu is also present and correct. Firstly, Fenjiu is found in the apricot jam provided with scones. If anybody is feeling adventurous, they can also sample a signature cocktail. This includes Fenjiu, wine, longjing tea cordial, a pair of liqueurs and some lemon juice. Maybe that isn’t ideal for anybody that has work ahead of them – Fenjiu alone has a 53% alcohol volume – but it’s surely a great way to unwind on a lazy afternoon.

Fenjiu and Harrods have worked together before, with the distillery previously selling baijiu-infused chocolates. Clearly this was a successful venture, as roughly £7,500 of Fenjiu stock has been sunk into this campaign. If that helps bring baijiu to the attention of British audiences, however, we’re all for it!