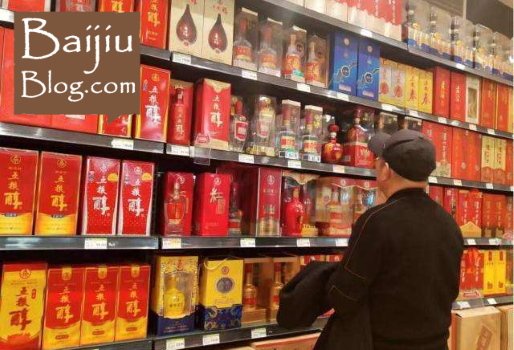 For thousands of years, alcohol has played a part in the Chinese way of life.

From farmers to politicians and from Emperors to paupers, alcohol has touched all parts of Chinese life.

It has caused wars and brought about peace, it has inspired poets and artists. It is a way of life, ingrained into Chinese lore and it runs through their veins.

1) Has anyone heard of of baijiu?

Simply put, it is a Chinese white spirit, pronounced “by Joe” but by my opening lines you can see it goes much deeper than that, which you will find out more when reading Baijiu Blog, but first a few facts,

2) What is the biggest selling spirit in the world?

It is baijiu, with over 17 billion litres of the drink produced each year, this means that baijiu accounts for over two thirds of the world’s production of spirit.

The word baijiu was derived from the word bai meaning transparent and jiu meaning alcoholic drink. Also known as samshu, baigan. In imperial China it was called shaojiu or burnt wine.

When we discuss baijiu, many people misunderstand the variety available to the spirit. Rather than just a single drink, baijiu is actually similar to gin, rum or whiskey in that there are a variety of different flavours available. Every distillery in China prides themselves on the unique approach they take in their way of production, but there are four main categories, which are strong aroma baijiu, light aroma baijiu, sauce aroma baijiu and rice aroma baijiu.

Scent is the driving force of baijiu, and that’s what helps identify which grouping a particular bottle falls into. After the main four aromas, there are a myriad of sub categories, with each one having its own unique taste and aroma.

5) What percent alcohol is it?

6) The health benefits of baijiu!

7) Alcohol to communicate with the spirit world

The Chinese have been drinking long before recorded history, the ancient Chinese drank to transcend their reality, with alcohol they found a window into the spirit world, to communicate with their gods and the dead.

As Chinese civilization began to form, wine became a prized possession and kings maintained court brewers to make drinks, which were used to cement friendships and win over enemies. They made countless drinks but one that beat them all was made from grain, alcohol fermented from naturally harvested yeast. The drink was called jiu and the yeast was called qu. Read more – The history of baijiu

Qu is very important in making baijiu as each brick of qu can contain hundreds of yeasts, moulds and micro-organisms, all naturally cultivated from the air. The role of qu is to break down the starch in the grain and turn them into fermentable sugars to turn into alcohol. Read more – What is Qu?

1949 and the peoples republic of China is born, With it came the elevation of their favourite drink. The state modernised Chinese breweries by setting up regional distilleries throughout the country. Techniques that had been handed down from master to apprentice are recorded and coded, styles are classified production standards and quality rise. Read more – Baijiu drinking culture