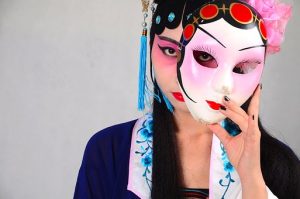 China is a country that has exerted a deep fascination for the Westerners. In spite of the spectacular increase of the communications, of the multiplication of the artistic and cultural exchanges, and of the relationships among people that are transforming our planet into a true “global village”, the name of China is still today immediately associated to epithets like “wonderful”, “mysterious”, “deep”.

Our image of China dances among the fragments of a culture called millennial which still have enough sediment in the present day: the tai chi, the feng sui, the Taoism or the traditional medicine, and the image that the Western media propagate that transforms this country in paragon of injustices and lack of freedoms.

Although each one of these images contributes their share to the understanding of the reality of this immense country, none is completely accurate. Only the personal experience of our travel will allow us to organize in an appropriate way the dispersed fragments of information that try to configure this country. Travel is to experience multitude of situations whose composition responds in turn to a great number of factors related with the traveler and the place that he visit. An experience always different in this China of the a thousand faces who show the traveler in the present time.

China continues being a country in which any marvel seems possible, a country always mysterious and unknown. Beyond the stereotypes, the propaganda and the counter propaganda, there is a country, with all the historical and human wealth that a traveler can expect.

Besides that monumental China, that classic China now a familiar place for western travelers, still exist other Chinas. The China of the frontiers, inhabited by even barely well-known peoples, with the remains of legendary kingdoms and surprising cultures that, in spite of having been incorporate to the Chinese world, conserve a good number of special characteristic special.

China flourishes now as has not made it before, with its good things and its bad things, with its miseries and its tragedies, its inequalities, its marvels, its unveiled secrets and those other half unveiled. The visitor won’t leave disappointed, because whichever it is his point of interest, he will find an offer of activities able to fill his expectations.