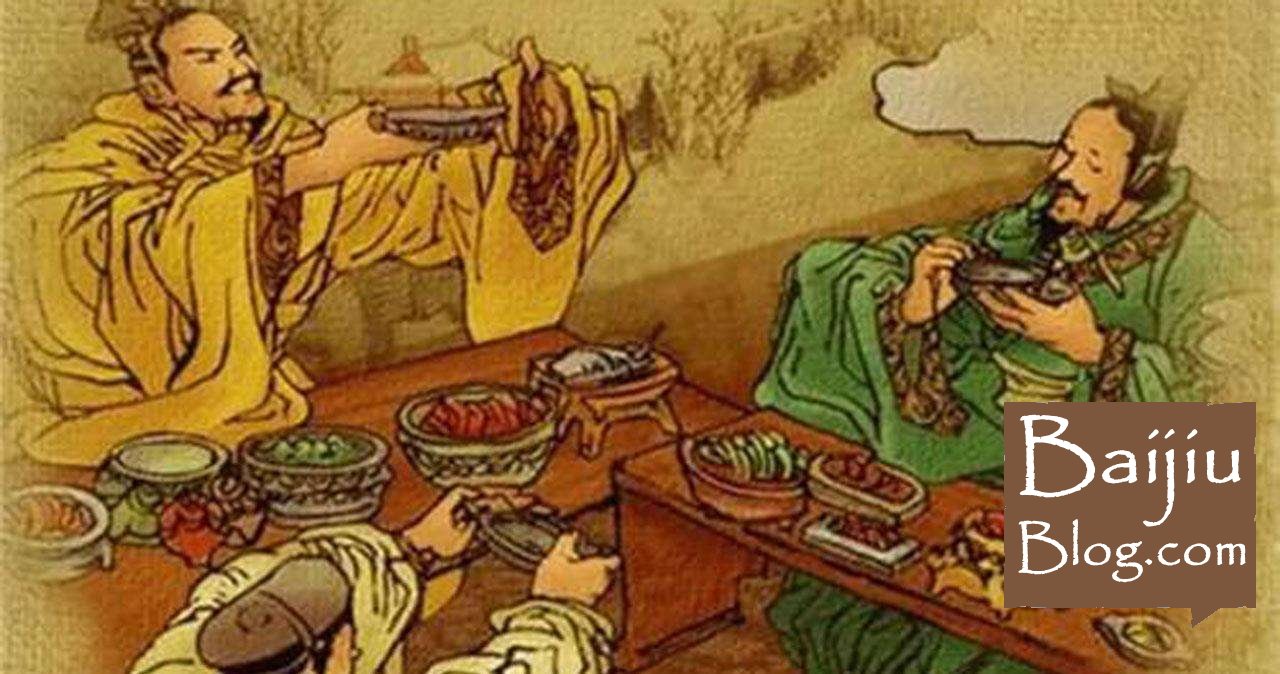 China has long been associated with alcohol. Ancient Chinese cultures associated intoxication with spirituality, often imbibing alcohol as a means to commune with the dead. Naturally, there has always been a recreational element to the consumption of baijiu too, alongside mythology. The legendary Tang Dynasty poet Li Bai is claimed to have sold a priceless mink vest on his deathbed so he could enjoy one final taste of his favourite baijiu.

Overall, however, it’s modern China that is associated with alcohol consumption. In the 21st Century, there is a baijiu bottle for every budget in China. While diplomats and government officials enjoy the finest spirits available, usually the celebrated Kweichow Moutai. Low-paid construction workers will often be found enjoying a more wallet-friendly alternative.

This was not always the case, though. In Chinese culture, alcohol and food are intrinsically linked. Baijiu is enjoyed with meals (The Best Food to Accompany Baijiu) , much as a fine bottle of wine pairs with a dish in the west. Naturally, this means that food must be available for alcohol to be an option. A shortage of food typically leads to societal problems and civil disobedience. Prohibition will invariably follow, quelling the risk of uprising and spiralling national insubordination.

This was certainly the case in Ancient China. Take the Spring and Autumn Period as an example. Running from around 771 BCE to 476 BCE, and leading directly into the Warring States Period, conflict raged throughout China. With so many unsure as to where their next meal was coming from – or if they would live long enough to enjoy it – people began to live for the moment. Food and alcohol consumption went through the roof, while the wars slowed down production and distribution. These states of affairs were clearly incompatible.

With the onset of the Zhou Dynasty, food and liquor officers were appointed to manage the population and their consumption habits. Often Dukes and similar noblemen related to the ruling classes, these officers would enforce policies of rationing and prohibition. Unlike the officers of modern China, who concern themselves with anti-corruption regulations or criminal activity pertaining to alcohol production and consumption, these officers were simply dedicated to preventing sources of food or baijiu running dry.

This remained the case until the rise of Chairman Mao, and the sharp change in Chinese national policy. 1958 was a gala year for the Chinese alcohol industry, with huge breakthroughs made in the hitherto wholly traditional wine and baijiu production process. Coupled with a new level of food security in the early Mao years, the metaphorical shackles were lifted from the Chinese population. Finally, there were once again permitted to eat, drink and be merry.

This coincided with the real rise of baijiu as China’s national liquor. Distillers found that making use of raw materials to create alcohol cut production costs, limited food waste and reduced restrictions upon the quality of raw ingredients. What’s more, the flexibility of baijiu was considered an advantage. With China being such a large country, different territories and provinces have differing cultural norms and taste preferences. This began to be factored into baijiu production, with different production techniques, spices and baijiu aromas designed for varying locales.

Since these early days of mass production, the baijiu industry has greatly improved and enhanced. These days, a consistency in baijiu taste is achieved through modern distillation techniques. Costs incurred are lower, and that saving can be passed onto consumers on occasion – though some baijiu brands prefer to remain ‘ reassuringly expensive’ to protect their brand image.

This, in turn, is a value reflected by China as a whole. As a nation, China has endured historically troublesome times. This is reflected in the alcohol production and consumption habits of the nation. Raise a glass to the Chinese people and their health, wealth and happiness. It’s safe to say that the citizens of China will be delighted to do the same for you.